Latest
How to start an online cake business part two – 6 ways to win on Google WIN! One of five ProCook Bakeware bundles worth £50! Royal icing made simple: Renshaw Academy's guide to easy decorating £10 tickets to The Cake & Bake Show this October! Maryland cookies 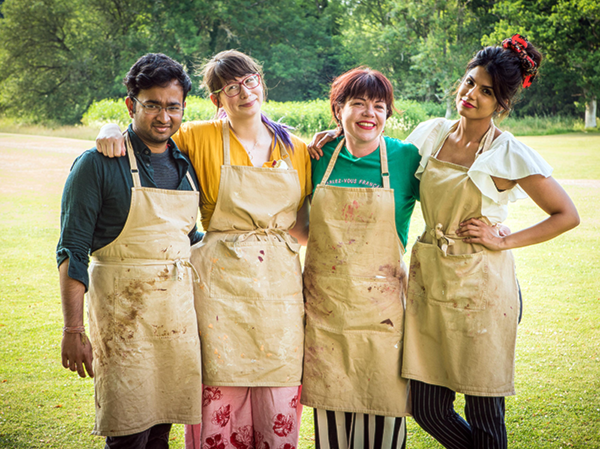 It’s the semi-final on Bake Off week, and here’s what happened...

*WARNING - CONTAINS SPOILERS* A reliable challenge in the Bake Off schedule, pâtisserie week truly challenged the bakers this semi-final as they were tasked with some of the most complex french bakes to date. Harsh words were thrown, tears were shed. We can’t lie, it was stressful viewing.

This week, the bakers were tasked with creating their own madeleines - a delicate french madeira cake that’s baked in a shell-shaped tray, and should have a small hump when brought out of the oven. They could bring their own flavours to the madeleines, and they shopped be dipped with a topping of their choosing. [caption id="attachment_20407" align="aligncenter" width="600"] 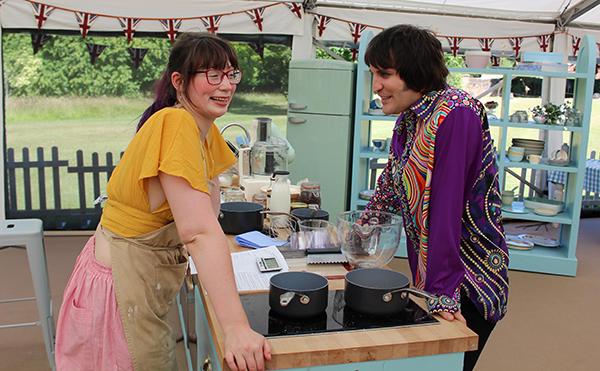 Credit: Love Productions[/caption] While Ruby and Rahul opted for white chocolate and raspberry, Kim-Joy went for lemon and orange notes, and Briony decided to take inspiration from her favourite cocktails - the mojito and the espresso martini. Rahul’s madeleines were celebrated, Ruby’s were judged harshly due to their lack of definition and messy appearance, while Kim-Joy’s and Briony’s were considered okay.

A challenge that would make even the most competent professional bakers struggle, the technical this week involved making a cake comprising seven layers - including a chocolate mousse, hazelnut bavarois, genoise sponge, crunchy praline and a silky, glossy chocolate mirror ganache. Called a torta setteveli, the cakes are fiendishly complex to make in just three and a half hours. [caption id="attachment_20408" align="aligncenter" width="600"] 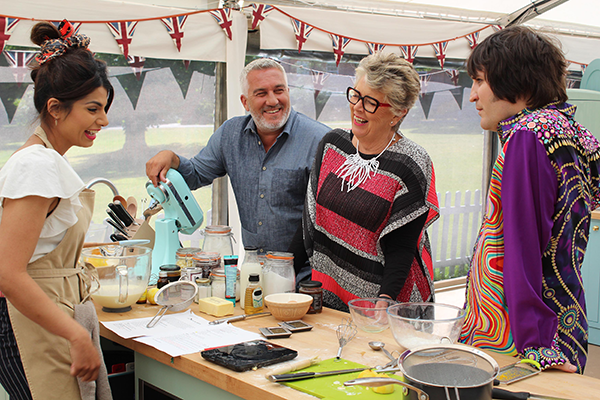 Credit: Love Productions[/caption] Ruby pulled it back from a bad first round to win the technical, while Rahul bombed out with a torta setteveli that was severely lacking in flavour and texture. Favourite quotes from this round include:

“I’m ready to go home now.” - Kim-Joy, who has historically struggled with technical challenges, and was nearly beaten by an uncooperative mousse. “It’s like a pair of incontinence pants.” - Paul, while judging Briony’s thick, very dark chocolate ganache coating… which in fairness, you could peel off the cake!

A showstopper is never going to be a walk in the park, but this week the bakers really were stretched. Tasked with making three separate patisserie treats, the kitchen more resembled a Parisian bakery than it did a competition tent. None of the bakers truly mastered this challenge, perhaps telling that the task really was just too ambitious? But nonetheless, Rahul impressed with the flavours on his pastries, Kim-Joy created a beautiful finished piece, Ruby succeeded in tastefully decorating with edible flowers, but Briony… poor Briony! She had a nightmare of a day, and seemed resigned to her fate by the time it came to presenting the bakes too the judges. [caption id="attachment_20406" align="aligncenter" width="600"] 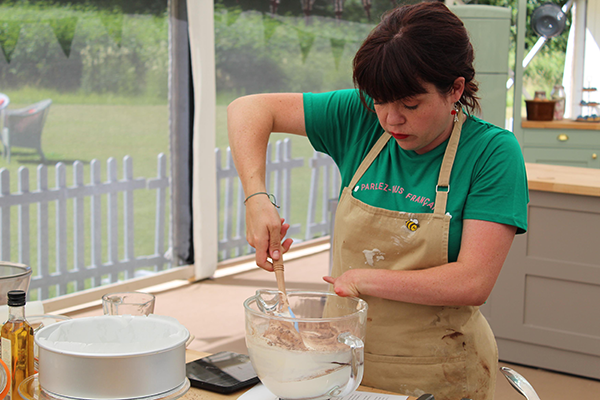 Credit: Love Productions[/caption] We waved goodbye to Briony - even Sandi got emotional when having to deliver the good news - and Ruby took home Star Baker. A great position to be in heading into the last week of the series!

The. Actual. FINAL! It’s almost too close to call at this point, so we’re expecting a good’un. While we have no clue just yet quite what the bakers will be making, it’s set to be amazing. It was also announced at the end of the show last night that applications for Bake Off 2019 are now open, so get practising, and it could be you in the tent last year!

Fancy improving your baking basics? Take a look at our 101 series to get Bake Off ready for 2019!