Uplifting stories - A Girl's Birthday With No Cake

An uplifting story of Mother, Elaine Karpen and her Daughter, Samantha recently baked a Mine-craft themed cake for a little girl who wouldn't have got one. Birthdays should always accompanied by cake, right?! It's something so many of us take for granted...

This article was sourced from NBC News

This is an uplifting story of Mother, Elaine Karpen and her Daughter, Samantha recently baked a Mine-craft themed cake which was prepared using the kitchen of a Los Altos community centre. The cake was not only fun and colourful but was baked with a lot of kindness too.

The girl they made the cake for was one they had never met. This girl would be very unlikely to receive a cake on her birthday were it not for this loving pair. Mother, Elaine, explained that when she was young someone did a similar thing for her when family times were turbulent. Even after 32 years she remembers that compassionate gesture.

The wonderful thing about this story is that its not all that uncommon, many children like this girl, like Karpen get a birthday cake from minds and hearts alike.

"I suspect we'll end up this year at about 2,200-2,300 cakes," explains Julie Eades, Executive Director of Cake4Kids. "Our mission is to bake a custom birthday cake for a child. That's it." 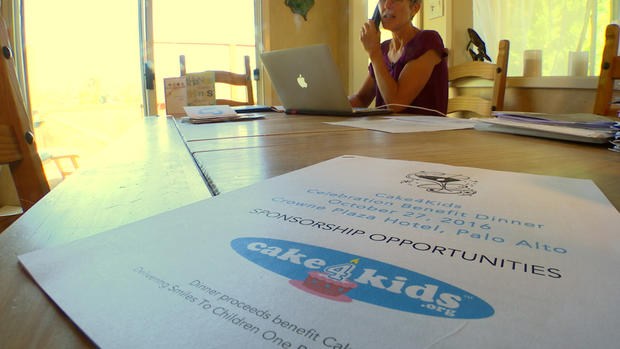 Cake4Kids was born in 2010 and founded by Libby Gruender (who sadly passed away in 2013). Cakes4Kids partners with social service agencies in America to discover who, for financial, social, or domestic reasons, will perhaps not have anyone to buy or bake them a cake for their birthday.

Julie Eades explained a situation they came across last year; "We had a youth last year who was 20. He'd never ever had a birthday cake...He couldn't believe the cake was for him because he'd never had a cake for himself."

This incredible non-profit company have a database of over 600 volunteer bakers who are up for making a cake for a vulnerable child's birthday and it's always a memorable one at that! The child is part anonymous for privacy reasons, the baker will only ever know their first name and they don't meet the child or are present when the child sees the cake. 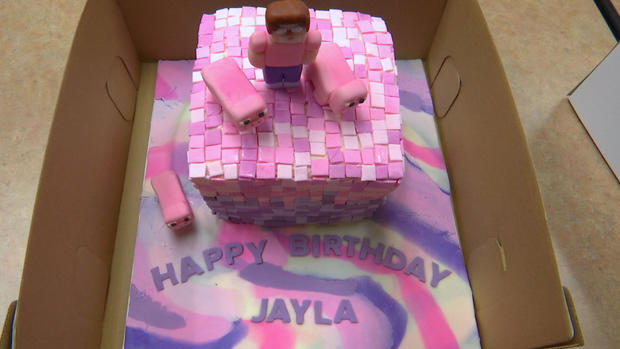 Even with this safety barrier the uplifting truth is that children often send thank you cards which are always sent on to the baker themselves.

With Elaine Karpen's cake, their was an exception in this case. She delivered her cake to Jayla, an 8 year old girl who loves Mine-craft! "It was great to see Jayla's smile," Karpen says.